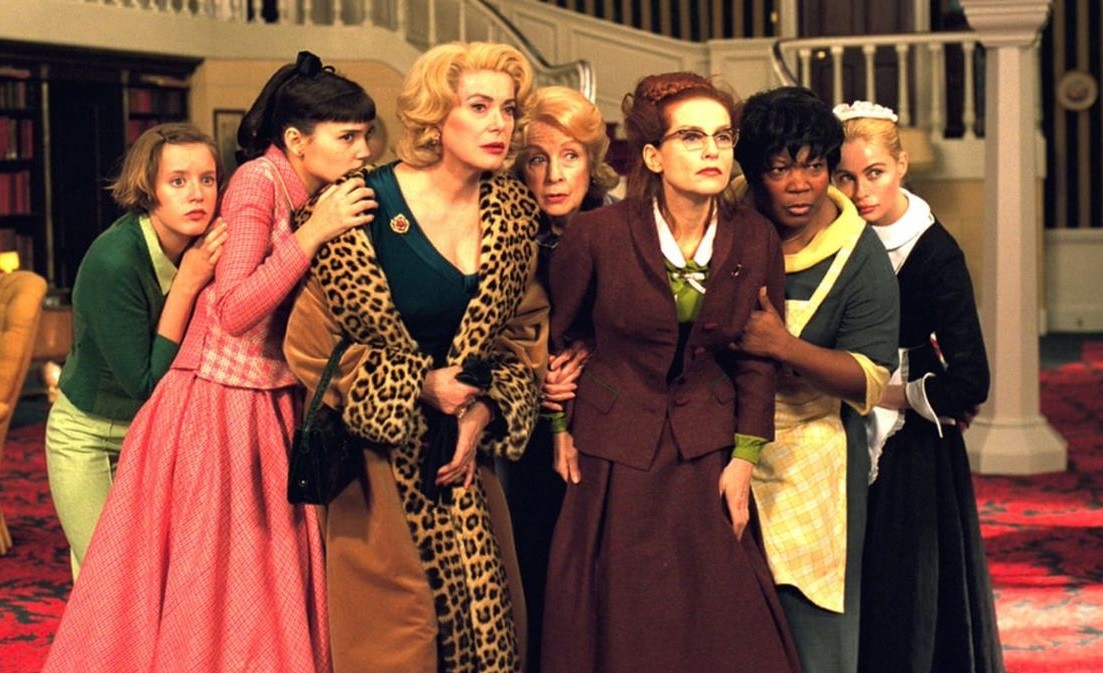 One murdered man, eight women, each seeming to be eager than the others to know the truth. Gimme, gimme, gimme some clues to make up my mind. And eventually enter the truth. Oh, thou cruel woman!

One morning at an isolated mansion in the snowy countryside of 1950s France, a family is gathered for the holiday season. But there will be no celebration at all because their beloved patriarch has been murdered! The killer can only be one of the eight women closest to the man of the house. Was it his powerful wife? His spinster sister-in-law? His miserly mother-in-law? Maybe the insolent chambermaid or the loyal housekeeper? Could it possibly have been one of his two young daughters?